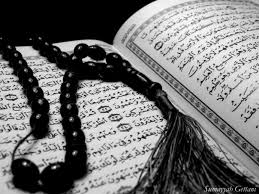 ‘Ali Ibn ‘Abdillaah Ibn Ja’far ibn Najeeh, As Sa’dee (rahimahullaah) was born in 162 H and died 235 H. He is famously known by his Kunya Ibn Al-Madeenee. Many of the great Ulaama narrated from him and his statues and the level of his ‘Ilm becomes evident when you look at what the scholars have said about him.

Al Bukhaari stated: ‘He was the most knowledgeable person of his time.’

Abu Haatim Ar-Raazi stated: ‘Ali was a distinguished symbol amongst the people in the knowledge of Hadeeth and its defects. Al Imaam Ahmad never used to say his name, he used say his Kunya out of respect for him, I never heard al Imaam Ahmad mention him by name.

‘If it were not for ‘Ali Ibn Al-Madeenee I would not have sat to gain knowledge.’

Al-A’een stated; ‘I saw ‘Ali Al-Madeenee lying down, Ahmad ibn Hanbal was at his right and Ibn Ma’een was at his left and he was dictating to them.’