Your guide to Egypt

There are a lot of information about studying and living in Egypt but unfortunately, the right questions never seem to be asked. So it is a blessing when one stumbles upon anything worthy of mentioning!

This is an excellent site! You can ask questions and you get a very prompt response Mashaa’Allaah. You need to sign up (rest assured, it doesn’t take long!).

This is from the chapter: “Honouring the people of Qur’aan and refraining from harming them”

“…And whosoever honours the symbols of Allaah then that is indeed from the piety of the heart.” [Al-hajj:32]

And Allaah the almighty says:

“…And whoever honours the sanctities of Allaah then that is better for him with his Lord.” [Al-Hajj:30]

“Those who harm the believing men and the believing women undeservedly have to bear on themselves the crime of slander and clear sin.” [Al-Ahzaab:58]

Abu Musa Al-Ashari (May Allaah be pleased with him) said that the Messenger of Allaah (Peace and blessings of Allaah be upon him) said: “Among the means of venerating Allaah is to honour elderly Muslims, those who have memorised the Qur’aan and who neither exaggerates nor neglects it (the recitation) and to honour the people of authority who judge fairly.” [Narrated by Abu Dawood and is classified as hassan]

Aisha (May Allaah be pleased with her) said that the Messenger of Allaah (Peace and blessings of Allaah be upon him) ordered us to place people in their respective rankings. [Narrated by Abu Dawood in his Sunan and Al-Haakim Abu Abdullaah classified it saheeh in his book ‘Uloomul Hadeeth’]

Jaabir bin Abdullaah (May Allaah be pleased with him) reports that the Messenger of Allaah (Peace and blessings of Allaah be upon him) would bury two martyrs of Uhud together in the same grave and then asked; ‘Which of them knew more Qur’aan?’ and if one of the two was pointed out, he would place him in front of the other in the grave.” [Narrated by Al-Bukhaari]

Abu Hurayrah (May Allaah be pleased with him) narrated that the Messenger of Allaah (Peace and blessings of Allaah be upon him) said: “Indeed Allaah has said, whoever harms a friend of mine, I have indeed declared war against him.” [Narrated by Al-Bukhaari]

And it is also narrated in the two authentic books (Bukhaari and Muslim) that the Messenger of Allaah (Peace and blessings of Allaah be upon him) said” “Whoever prays the dawn prayers in congregation will be in the guardianship of Allaah, so let not yourselves be accountable to being questioned by Allaah regarding that under his guardianship.”

And the two great Imaams, Abu Haneefah and Shaafi’ee (May Allaah be pleased with them) are reported to have said: “If the scholars are not friends of Allaah, then Allaah has no friend.”

Allaah will love you…

In these blessed days of Ramadaan, our Imaan is soaring, our tongues are moist with the rememberance of Allaah, our limbs bare the signs of fatique from hunger and thirst and our hearts are ever hopeful of the rewards awaiting us…and we say, as we should say everyday…We love our Lord!

Bishr Ibn Al-Sarri said: “It is not one of the signs of love that you hate what your beloved loves!”

Yahya Ibn Mu’adh said: “The one who claims to love Allaah yet does not preserve His limits is not truthful”

Al-Hasan said: “The companions of the prophet (sallaallahu ‘alayhi wa salam) said, ‘We Love our Lord a great deal,’ So Allaah desired to appoint a sign proving love of Him, so he revealed this verse”

Say: “If you Love Allaah then follow me, Allaah will love you…”

Food for the soul, General, Qur'aan

The Salaf and the way they valued their time

Al-Hassan Al-Basri (rahimahullaah) said: “Oh son of Aadam, you are but a few days, whenever a day is gone, part of you is gone too.” [1]

Al-Qasim Ibn Asa’kir (rahimahullaah) was informed that Sulaim Ibn Ayyub (rahimahullaah) used to give  importance to his time. He never wasted any time without doing a useful act. He either wrote books, gave lectures or read. [2]

Abu Al-Wafa’ Ali Ibn Aqeel (rahimahullaah) said: ” I am not allowed to waste an hour of my life. Even when I am not giving lectures or reading, my mind will still be occupied with some issues while I am lying down; and I will not get up until I find something useful to write. And I still find myself striving for knowledge in my eighties more so than when I was in my twenties.” [3]

Al-Hasan Al-Basri (rahimahullaah) advised his companions saying: “Do not be occupied with ephemeral worldly pleasure and forget the hereafter, your life is short, so hurry up and do not postpone today’s work till tomorrow, because you do not know when you will die and meet Allaah.” [4]

Al-Hasan Al-Basri (rahimahullaah) said: “I met some people who were more stingy with their time than their money” [5] 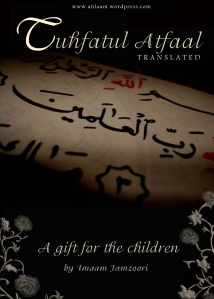 By the mercy of Allaah the translation of the classical and renowned tajweed text has been completed. I hope it is of benefit to those who read it. 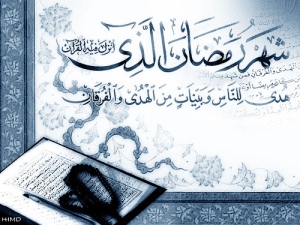 This blessed month has come once again by the mercy of Allaah and we are able to witness it wal-hamdulillaah.

To help us increase our Imaan and get closer to Allaah this month, a friend gave me a simple yet beneficial timetable we can all utilise this month. Fill it in, reep the benefits and you’ll see yourself change. You can edit out the times and activities to suit your daily lifestyle Inshaa’Allaah.

This is a month of blessing, a month of change, a month like no other, so grab onto it for we may not see it again! 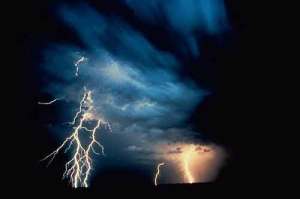 In the arabic language, not a stone is left unturned. The language is so rich that even a concept like tanween has more to it than simply being a nunation attached to nouns. The arabs have divided tanween into four types. One type is known as Tanweenul ‘Iwad and its purpose is to subsititute the tanween for a letter, a word, a sentence or even an attribute!

For example, Allaah (exalted and glorified be he) says:

Then why do you not (intervene) when (the soul of the dying person) reaches the throat? [1]

And he (exalted and glorified be he) continues to say:

And you at the moment are looking on [2].

And instead of repeating part of the previous ayah, the tanween attached to 7eena is a substitute for ‘idha balaghatil hulqoom’ so the ayah actually means ‘You at that moment, [when (the soul of the dying person) reaches the throat] you’re looking”

In another ayah Allaah (exalted and glorified be he) says:

And in another ayah Allaah (exalted and glorified be he) says:

That day it will declare its information [4].

And so when this ayah was revealed, the Messenger of Allaah (sallaallaahu ‘alayhi wa salam) said:

Subhanallaah, May Allaah grant us understanding of the Qur’aan, ameen.

It was narrated from Abu Hurayrah (rahimahullaah) that the Messenger of Allaah (sallallaahu ‘alayhi wa salam) said: “The first group will enter Paradise looking like the moon on the night when it is full, and those who follow them will be like the brightest shining star in the sky. Their hearts will be as one, and there will be no hatred or jealousy among them. Each man will have two wives from among hoorul ‘ayn, the marrow of whose calves can be seen from beneath the bone and flesh.”